Frank is a 1992 graduate of Emory Law School. After clerking for the Honorable Stanley F. Birch, United States Court of Appeals for the Eleventh Circuit, Frank joined Bondurant Mixson & Elmore, LLP, where he has spent his career.

Appellate Practice
Frank specializes in high-stakes appeals in the federal circuit courts, as well as the appellate courts of Georgia. Frank represents both plaintiffs and defendants in large-exposure appeals involving business torts, contract disputes, federal statutory claims (particularly antitrust, consumer class action and RICO cases), catastrophic injury and wrongful death. He is a founding member of Georgia’s State Bar Appellate Practice Section, a member of the Eleventh Circuit Historical Society, and a veteran invitee to appear in the annual demonstration argument presented at the Eleventh Circuit Appellate Practice Institute (ECAPI). He is one of only eight Georgia members of the American Academy of Appellate Lawyers (and two of the others practice with him at BME). One former Chief Justice of the Georgia Supreme Court declared: “He is certainly one of the best that came before the Court in my 15 ½ years. I am very impressed with his ability to present, both in oral arguments and briefs. I know of no one who has done better work.”

Client Service
Success in any practice area requires attentive and effective client service. In 2015, Frank was one of 120 litigators nationwide recognized by BTI for “Cream of the Crop” for client service in complex litigation, based solely upon interviews with in-house counsel. Under BTI standards, “[t]he only way to become a BTI Client Service All-Star is for corporate counsel to single out an attorney for client service exceeding all others. No attorney can lobby to be added to list, there is no self-submission process, and law firms cannot provide names of clients to be contacted.” Please click here to download the full report. 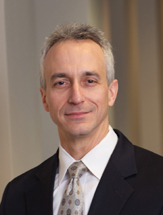