Before joining the firm, Sachin served as a law clerk to the Honorable Richard W. Story in the United States District Court for the Northern District of Georgia.

Currently representing the family members of opioid drug abusers against defendants, including pharmaceutical distributors, that illegally flooded their communities with opioids and other controlled substances.

Currently representing sex trafficking victims against hotels that facilitated and participated in their trafficking.

Successfully represented the City of Atlanta's COVID-19 mask order against a lawsuit brought by Governor Kemp.

Successfully represented two whistleblowers in a False Claims Act case against a pharmaceutical company for paying kickbacks to induce doctors to prescribe its drug for off-label uses.  The case resulted in a $116 million global civil/criminal settlement.

Successfully represented a woman who was sexually harassed by prominent on-air media personalities, and obtained a confidential settlement prior to filing suit.

Successfully served as plaintiffs’ counsel in an action alleging professional malpractice, fraud, and RICO claims against a Big Four accounting firm, resulting in a confidential settlement.

Successfully served as plaintiffs’ counsel in a class action breach of contract/RICO case alleging that a Fortune 100 shipping company intentionally overcharged its customers by imposing unwarranted delivery surcharges. The case settled for $21.5 million.

Successfully represented defendants in obtaining a jury verdict on all claims, including RICO claim, in an action brought by a former business partner seeking over $5 million in damages.

Successfully defended a corporation against claims by a competitor of tortious interference with contract.

Successfully defended a corporation against claims by minority shareholders of fraud and wrongdoing.

Successfully represented an inmate abused by a prison official.

Fair Count, Board of Directors, Member

Georgia Budget and Policy Institute, Board of Directors, Member 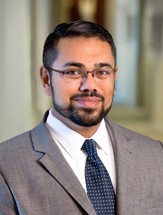