John Rains takes a pragmatic, efficient approach to the representation of plaintiffs and defendants in high-stakes litigation. By focusing on battles that can be won, and minimizing the time and effort spent where it will not be to his clients’ advantage, John provides high quality representation in several of the firm’s core practice areas.

Represents global and Atlanta-based law and accounting firms in professional liability actions, including class actions. John has obtained favorable summary judgment and motion to dismiss rulings for numerous clients in the legal and accounting industries, and is routinely called upon to advise these clients on these important and sensitive matters.

Represented former clients of a “Big Four” accounting firm in a professional malpractice and fraud action arising from the accounting firm’s advice to the clients to utilize tax strategies that resulted in hundreds of millions of dollars in damages. After the court denied the defendant’s motion for summary judgment and one week before it was set to go to trial, the case settled.

In addition to representing law firms and accounting firms in traditional professional liability litigation, John has extensive experience representing professionals who are targeted by bankruptcy trustees or receivers in matters arising from bankruptcy cases and other insolvency proceedings.

Sought and obtained preliminary injunctive relief for an ATM-operator against an international payment processing company arising from the payment processor’s failure to promptly address cyber-security threats.

Obtained a sweeping consent permanent injunction under the Georgia RICO Act on behalf of a client against a former employee in a commercial bribery case.

Successfully litigated and resolved RICO claims among owners of a closely-held family hotel business. John’s clients received all of the relief they sought in a series of related lawsuits, and defeated attempts by other owners of the business to obtain TROs and preliminary injunctions.

Sought and received interlocutory appellate review of an order denying a motion to dismiss an activist bondholder lawsuit seeking to avoid tens of millions of dollars in alleged fraudulent transfers. The Eleventh Circuit reversed the trial court’s denial of the motion to dismiss, and directed that the lawsuit be dismissed on remand.

Represented former officers and directors of a publicly-traded company in obtaining a dismissal of a federal securities fraud class action arising from alleged antitrust and FDA regulatory violations.

One of the Bondurant attorneys who represented the first-to-file relators in a case against a leading pharmaceutical company, Allergan, that resulted in a $225 million civil recovery (as part of an overall settlement of $600 million) for the U.S. government and a multi-million-dollar relator-share for the firm’s clients. The civil settlement is one of the two largest False Claims Act civil recoveries to date in the Northern District of Georgia, and the combined civil-criminal settlement is the largest in the district’s history.

Represented a relator in an intervened qui tam against a medical billing company that resulted in a civil settlement of $1.95 million.

Represented a client serving a life sentence in successful state post-conviction proceedings. Along with his co-counsel, John investigated the case, presented evidence at a three-day hearing, and defended the grant of habeas relief on appeal before the Georgia Supreme Court. John orally argued the appeal, and secured a unanimous affirmance for the firm’s client. The Atlanta Journal-Constitution covered the case extensively, and it is the subject of a series of podcasts entitled “Breakdown.”

Obtained summary judgment for a client sued for libel by a former Georgia gubernatorial candidate. The lawsuit was covered in the Atlanta Journal-Constitution, Fulton County Daily Report, and Huffington Post.

Briefed and argued a successful appeal in the Eleventh Circuit for a federal employee in a Title VII case. The Eleventh Circuit’s published decision announced a new procedural rule in this Circuit in federal employee discrimination cases. See Ramirez v. Secretary, Department of Transportation, 686 F.3d 1239 (11th Cir. 2012). John continued to represent his client on remand and obtained a high six-figure settlement for him.

Successfully represented a Georgia prisoner in an Americans with Disability Act and §1983 action. After thwarting the state’s efforts to exclude the client’s expert witnesses and defeating multiple dispositive motions, obtained a monetary settlement for 100 percent of the client’s demand as well as significant non-monetary relief going forward. 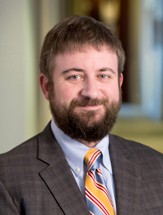