Jason Carter represents clients in high stakes trial and appellate business litigation including breach of contract, class actions, business torts and other complex commercial cases. Representing Plaintiffs, Jason has secured some of the largest verdicts and settlements in Georgia history, including multiple recoveries in excess of $100 million. Representing Defendants, he has achieved numerous defense victories in highly complex cases.

Over his career, Jason has often had the honor of representing his fellow lawyers and some of the most prestigious law firms in Georgia and elsewhere.

Jason combines a successful litigation practice with a strong commitment to public service. Among other activities, Jason chairs the Carter Center’s Board of Trustees. From 2010-2015 he served in the Georgia State Senate, and he was the 2014 Democratic Nominee for Governor of Georgia.

Jason has been named to Georgia Trend’s list of the 100 Most Influential Georgians, and has consistently been recognized as a Super Lawyer in Atlanta Magazine. Jason has received numerous other awards for his legal work and community service, including the Anti-Defamation League’s Stuart Eizenstat Award.

Represented David McDavid in obtaining a $281 million jury verdict against Turner Broadcasting System (TBS) for breaching an agreement to sell McDavid the Atlanta Hawks, the Atlanta Thrashers and the operating rights to Philips Arena. The jury verdict is one of the largest compensatory damage awards in Georgia history.

Successfully defended one of Atlanta’s largest law firms in a lawsuit seeking $20 million in damages. Plaintiffs recovered nothing and paid attorney’s fees.

Represented a consortium of health insurers on appeal in the Eleventh Circuit, and secured the reversal of an adverse decision arising out of a complex antitrust class action.

Former Board Member, Hands On Atlanta

“On The Rise,” Fulton County Daily Report, a recognition given to only 12 attorneys in Georgia under the age of 40, 2009 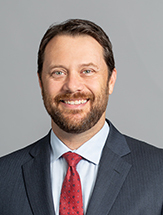