Pat has won multiple multi-million dollar jury verdicts, doing so on both the plaintiff’s and defendant’s side. In each of the past three years, he has secured an eight-figure recovery for his clients (twice as lead counsel). He has also won appeals in the Federal Courts of Appeals, the Georgia Supreme Court, and the Georgia Court of Appeals.

Pat was named a "Rising Star" by Atlanta Magazine four times, indicating that lawyers ranked him as among the top 2.5% of attorneys under 40 in Georgia.

Before joining the firm, Pat served as a law clerk for a Federal District Court judge.

After college, Pat served as a Ranger-qualified Captain in the United States Army. He served two tours in Iraq and was awarded the Combat Action Badge and two Bronze Star Medals.

Pat grew up in Atlanta and graduated from The Lovett School.  He now lives in Brookwood Hills with his wife and their daughters.

Pat won a $11.1 million federal jury verdict for a healthcare technology company faced with the defendant’s breach of contract. The eight-figure verdict was affirmed in the U.S. Court of Appeals.

As lead counsel, he secured multiple eight-figure settlements for a pipeline contractor faced with the owners’ breaches of major construction contracts. The owners refused to pay anything further until we filed suit.

He won a federal preliminary injunction enforcing restrictive covenants protecting the payment processing client’s business from a former employee who jumped to an upstart competitor. That preliminary injunction was affirmed in the U.S. Court of Appeals with the opening line: “Breaking contracts has consequences.”

Pat represented a high-net-worth client’s trusts in a lawsuit against a large national bank regarding breach of contract and other duties owed in the management of investment accounts. After defeating the bank’s summary judgment motion, the matter was resolved to the parties’ mutual satisfaction.

He was appointed by the Northern District of Georgia as lead pro bono counsel for an indigent Army veteran that suffered medical malpractice at the VA hospital.   After we deposed the Government’s treating physicians and its paid medical expert from Stanford University, the government settled with a favorable payment to the firm’s client.

Successfully defended two electronics businesses in a breach of contract jury trial. Even though the clients were the defendants, the team won a net verdict of over $1 million against a plaintiff suing for millions. Argued and won a directed verdict against one of the world’s largest law firms.

Defended a Fortune 50 company in an arbitration over alternative energy sales. After the plaintiff demanded millions, the settlement was achieved whereby the client recovered money.

Won dismissal in the Georgia Supreme Court of a negligent misrepresentation claim that threatened Georgia’s leading role in the payment processing ecosystem.

Lead counsel defending a wastewater technology company against eight-figure claims about alleged construction defects in a complex treatment system.  Achieved partial summary judgment for the client and secured a pre-trial settlement for an amount less than the cost of trying the case.

Defended an international business against confidentiality, trade secret, inventorship and other claims related to automotive technology in the Southern District of New York.

Defended against quiet-title claims regarding ownership of dozens of high-profile government properties.

On appeal to the Georgia Court of Appeals, won the complete reversal of a declaratory judgment entered against an insurer.

Successfully resolved the breakup of a closely held corporation and the ownership of software, without the need for litigation.

Provides pro bono representation to veterans in a variety of cases and contexts. 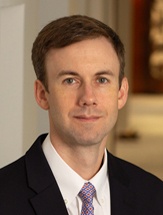