Allen Page represents plaintiffs and defendants in complex trial and appellate litigation across a variety of industries and case types. Combining his experience in process management from his time as a consultant, his expertise in civil procedure from his federal clerkship, and his exceptional writing and arguing abilities, he has helped clients navigate the complexities of dealing with lawsuits in Georgia and federal courts.

Before joining the firm, Allen served as a law clerk to the Honorable Richard W. Story in the U.S. District Court for the Northern District of Georgia. Allen received his law degree from the Emory University School of Law where he was First Honor Graduate.

Before law school, he also worked as a Business Analyst for Deloitte Consulting and a Project Analyst for Synovus Financial Corporation. He received his undergraduate degree in Psychology from Davidson College, where he also played Division I Soccer.

Antitrust Class Action: Represents a major corporation in its objections to a nationwide, multi-billion-dollar class action

Restrictive Covenants: Represents an investment company against a former owner for violating covenants not to compete

False Advertising: Helped obtain a very favorable settlement for a life sciences company in a false advertising dispute with a competitor 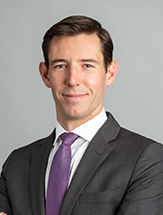