Michael Baumrind is an associate who represents plaintiffs and defendants in complex trial and appellate litigation. He represents all sizes of companies in a variety of cases including software implementation, complex breach of contract, healthcare litigation, and employment. With several years of experience clerking for federal judges at the trial and appellate levels, Michael brings a wealth of experience and judgment to each of his cases. He has successfully argued at the Georgia Court of Appeals and the Eleventh Circuit Court of Appeals, and is often engaged to handle appellate matters, both as appellant and appellee. Mr. Baumrind leverages his extensive experience as a law clerk and litigator in the Northern District of Georgia to serve as local counsel in this court for clients around the country in complex commercial and patent cases. Michael also draws from his prior experience as a middle school science teacher, employing a crisp and concise voice to achieve fast, efficient results for many of his clients.

Before joining the firm, Michael served as a law clerk to the Honorable Jill Pryor in the U.S. Court of Appeals for the Eleventh Circuit and the Honorable Amy Totenberg in the U.S. District Court for the Northern District of Georgia.

Michael currently serves on the Board of the Southeast Region of the Anti-Defamation League and he is active in the Federal Bar Association, serving as a board member on the Younger Lawyers Division.

Successfully defended a national health care company in a multimillion dollar putative class action, securing dismissal on a motion to dismiss at the trial court and successfully arguing for affirmance by the Eleventh Circuit Court of Appeals.

Provided consultation to a national, multilevel marketing company regarding recent developments in the law relating to employees and independent contractors. 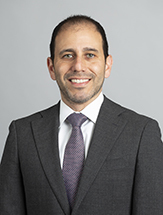