Josh Thorpe is frequently retained by both plaintiffs and defendants in complex business litigation, with an emphasis on class actions, business torts and employment cases. His experience includes a $454 million breach of fiduciary duty judgment, a $281 million jury verdict against Turner Broadcasting System (TBS) for breaching an agreement to sell two sports franchises and an arena, and a $192 million settlement in a class action race discrimination case.

Josh has also successfully represented defendants in class action and commercial cases, including the successful defense of the National Football League Players Association against claims that the NFLPA was responsible for $20 million in investment losses.

Represented David McDavid in obtaining a $281 million jury verdict, one of the largest compensatory damage awards in Georgia history, against Turner Broadcasting System for breaching an agreement to sell McDavid the Atlanta Hawks, the Atlanta Thrashers and the operating rights to Philips Arena.

Co-counsel for the plaintiffs in a breach of fiduciary duty case which resulted in a $454 million jury verdict against Time Warner for compensatory and punitive damages, the largest verdict ever awarded in Georgia (a verdict that was affirmed on appeal and paid in full).

Counsel for a class of employees in a race discrimination case against Coca-Cola that settled for $192 million.

Counsel for a class of employees who obtained an $18 million settlement in a RICO class action alleging that an employer depressed wages by hiring and harboring illegal workers.

Co-counsel in a case affirming a $16.6 million award on appeal for seven employment discrimination plaintiffs.

Represented the National Football League Players Association in obtaining summary judgment on a $20 million claim arising out of the NFLPA’s Financial Advisors Program.

Represented commercial client in the successful defense of a class action alleging RICO and other violations. 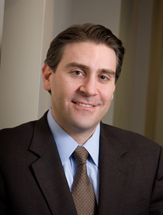