Jeff Chen represents both plaintiffs and defendants in complex trial and appellate litigation.

Before joining the firm, Jeff clerked for Judge Lucy H. Koh of the U.S. District Court for the Northern District of California and for Judge Beverly B. Martin of the U.S. Court of Appeals for the Eleventh Circuit. 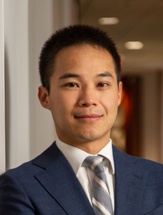