Rick Bold handles complex, high-stakes trial and appellate business litigation, specializing in contract, fraud, and business tort matters.  Rick has represented a wide range of clients, from Fortune 50 corporations to individuals, as plaintiffs and defendants in federal and state courts.

Successfully led 28 U.S.C. § 1782 action to obtain documents revealing secret ownership of Bahamian securities trading company on behalf of Russian citizen’s litigation against ex-husband. The U.S. District Court compelled the documents’ production and sanctioned the opposing party that fought for over three years to withhold them. Following Rick’s oral argument, the U.S. Court of Appeals for the 11th Circuit unanimously affirmed those orders, becoming the first federal appellate court to hold that the statute at issue could reach documents controlled by a U.S. corporation but held overseas. The opposing party turned over the secret documents, paid all our client’s attorneys’ fees, and paid over half a million dollars to settle.

Defeated multi-million-dollar claims for professional malpractice and fraud against national law firm, resulting in no liability and dismissal of all claims before any discovery. Rick successfully defended the trial court’s order before the Georgia Court of Appeals and the Georgia Supreme Court.

Defeated multi-million claims for fraud, RICO, and breach of fiduciary duty against Atlanta real-estate investment managers regarding Costa Rican resort property. The case settled on favorable terms to our client immediately after we moved for summary judgment on all of plaintiffs’ claims.

Successfully defended Global Fortune 100 technology company in multi-million-dollar contract dispute. The case was settled on favorable terms to our client and without any monetary payment.

Successfully represented Fortune 500 company in responding to a Department of Justice grand jury document subpoena. We simultaneously conducted an internal investigation regarding the subcontract at issue in the subpoena and reported to the company’s management.

Obtained $29 million and $3.5 million class-action settlements against Bank of America and SunTrust, respectively, on behalf of home owners who alleged that they were improperly charged post-payment interest in violation of federal regulations when paying off FHA-insured mortgages.

Successfully defended prominent Atlanta real-estate investor in trustee fiduciary-duty case and defeated effort to block a multi-million dollar commercial real-estate transaction. The case was settled on favorable terms to our client after we defeated plaintiff’s motion for preliminary injunction and successfully obtained an order compelling critical discovery that the plaintiff had refused to produce.

Successfully represented an institutional investor in fraud and RICO cases against Bank of America, Countrywide, JP Morgan, and UBS. These high-stakes cases involved the alleged fraudulent sale of more than $6 billion in mortgage-backed securities, millions of pages of documents, and unusually well-funded and determined adversaries. The matter concluded with a confidential settlement in the client’s favor.

Successfully represented hard-money lender seeking tens of millions of dollars in damages for breach of contract against one of the 50 largest U.S. banks. We obtained a reversal in the Georgia Court of Appeals of an adverse summary judgment ruling, and the matter concluded on the eve of trial with a confidential settlement in the client’s favor.

Successfully represented investor in federal court post-judgment proceedings pursuing collection of a nearly $10 million judgment and in state court Uniform Fraudulent Transfer Act case against the judgment debtors and dozens of their related entities. After obtaining a preliminary injunction against the judgment debtors and their related entities, the matter concluded with a confidential settlement in the client’s favor.

In a pro bono case, successfully represented homeowners in obtaining a judgment against contractor for breach of contract and fraud, removed lien placed on clients’ home, and obtained settlement from a third party exceeding the amount of the homeowners’ damages.

Currently defending a Fortune 50 retailer in business tort and contract disputes involving the Company’s many supplier relationships and regularly representing the Company in its most complex third-party discovery disputes.

Federalist Society, Atlanta Lawyers’ Chapter: Vice President (2019 – present); Executive Board member (2014 – present). The Federalist Society for Law and Public Policy Studies is founded on the principles that the state exists to preserve freedom, that the separation of governmental powers is central to our Constitution, and that it is emphatically the province and duty of the judiciary to say what the law is, not what it should be. In January 2019, The Washington Post Magazine wrote that the Federalist Society had reached an "unprecedented peak of power and influence." 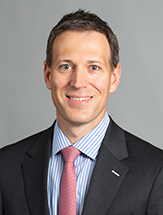