Robbie Ashe is a partner at Bondurant Mixson where he represents both plaintiffs and defendants in state and federal courts. He focuses on issues involving politics, governments and governmental authorities throughout Georgia, particularly the City of Atlanta, metro Atlanta governments and the Georgia General Assembly.

In 2010, Robbie was appointed by the City of Atlanta to serve on the Board of Directors for the Metropolitan Atlanta Rapid Transit Authority (MARTA). Robbie was elected by his colleagues to serve as the Chairman of the Board for 2014, 2015, 2016, 2017 and 2018, and currently serves as the Treasurer.

Successfully represented Mayor Keisha Lance Bottoms and the City Council of the City of Atlanta in the lawsuit Governor Kemp brought in an effort to invalidate the Mask Order implemented by Mayor Bottoms. Successfully defended a $250 million food and beverage concessions contract award through an administrative protest, an administrative appeal, and multiple rounds of litigation.

Lead a trial team who helped the City of Brookhaven secure a unanimous ruling from a state-appointed arbitration panel. The ruling gives Brookhaven the right to move forward unimpeded with a 27+ acre annexation at the intersection of North Druid Hills and Briarcliff, thereby facilitating a major planned mixed-use development.

Won an extraordinary motion for a new trial on behalf of a bank seeking to enforce a guaranty.

Successfully represented both employers and former employees in employment covenant litigation, including enforcement and invalidation of non-competes and non-solicitation covenants.

Secured a confidential settlement representing TASER International, Inc. and 40 of its largest shareholders in a lawsuit against 8 Wall Street firms alleging RICO and securities violations arising out of the sale of securities.

Served as plaintiffs’ counsel in a class action breach of contract/RICO case against one of the nation’s largest shipping companies. The lawsuit alleged that the company intentionally overcharged its customers by imposing residential delivery charges for deliveries to non-residential addresses such as courthouses, government buildings and banks. The case was recently settled for $21.5 million. 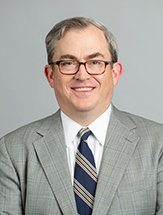 Intergovernmental Affairs Manager, Mayor’s Office of the City of Atlanta