In August 2022 Mike was part of a trial team that obtained a $1.7 billion verdict, the largest in Georgia history, in the case Hill v. Ford. His cross-examination of the defense’s engineering expert was referred to in the closing argument as the crux of the case.

Over the past 20 years, his practice has focused heavily on appellate litigation, particularly in the areas of class actions and punitive damages. He is a Fellow of the American Academy of Appellate Lawyers, an organization founded to advance the highest standards and practices of appellate advocacy and to recognize outstanding appellate lawyers. Mike has published three books and numerous articles on appellate practice.

Mike is a frequent lecturer and author on business litigation topics including class actions, punitive damages and appellate issues. He is also often asked to moderate debates and panel discussions involving judges.

Co-counsel for successful plaintiffs in a 2022 case that resulted in a $1.7 billion verdict, the largest in Georgia history.

Co-counsel for successful plaintiffs in a breach of fiduciary duty case which resulted in a $454 million jury verdict that was affirmed on appeal.

Appellate counsel for defense that successfully reversed a $457 million judgment against one of the world’s largest forest product companies, Weyerhaeuser Co.

Appellate counsel for plaintiffs in Bogle v. McClure, which affirmed an award of $16.6 million to seven employment discrimination plaintiffs.

Appellate counsel for defense in obtaining reversal of an intermediate appellate decision certifying a class action to pursue a $110 million claim under the federal Telephone Consumer Protection Act.

Obtained dismissal of four putative class actions against not-for-profit hospitals challenging the hospitals’ pricing policies, and appeared as lead appellate counsel for the hospitals in having those cases affirmed on appeal.

Appellate counsel on behalf of a major peanut processor in obtaining a new trial following a $20 million jury verdict.

Appellate counsel for a class of policyholders in upholding class certification of a case involving credit life insurance.

Member, Board of Governors, State Bar of Georgia

Georgia Lawyer of the Year (2021) by American Lawyer Media 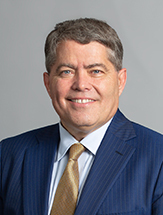