Michael’s practice focuses on business litigation, appeals, and issues involving politics and government. He represents a wide range of plaintiffs and defendants in state and federal court.

Michael combines his practice with a commitment to public service. He has served as an aide to two members of Congress and on several campaigns. He was also elected to the New Haven (CT) Board of Aldermen while he was an undergraduate at Yale College. 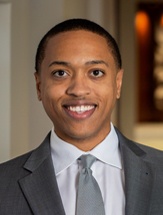